he chapel filled to capacity, many will remember October 20, 2012 as the day we bid our friend and leader adieu.  Mike would have been very proud of his wife and children as they helped us to remember the greatness of the man and provided us with a precious glimpse into the dynamics of a well-loved husband and father.  Daughter, Kayleigh, has allowed us to reprint her moving address.

My dad was one of my greatest teachers, and luckily for me, he started at a very young age. Of course, he taught me all the usual dad things like how to tie my shoes and how to ride a bike. But he also made sure to teach me the really important lessons. My first lesson I received at the age of 3 when he taught me how to fall asleep every Sunday while watching NASCAR and how to always wake up again just in time to see the last laps. On these Sundays, he also taught me that some things are just made to go together, like grilled cheese and chocolate milk. At the age of 5 he started to coach me on the capital cities of the world every night before I went to bed, and made it fun to the point where I was asking him to quiz me every night. And as far as I’m concerned, Saskatoon is still the capital of Saskatchewan.  Around 8 years old, he taught me what a Phillips #2 was and the importance of using a level (though the latter not necessarily by example). At 10, Dad taught me how to march in a military parade and how to keep in step even if the parade leader marched like a chicken. When I was 13, he showed me my first few chords and how to change guitar strings without poking my eye out. 2 years later he debunked my belief that camping with someone who snores is masochistic and is in fact a thorough method of bear control. Beyond this point, my Dad though he continued to teach me all the fun things in life, also began to teach me some of life’s essential lessons.

While I was writing this, I was trying to think of an elegant way to tie them all together. And after a few moments consideration, I laughed because he had already done it for me. There were three main ideas that my Dad repeated to me time and time again. The first, “Do one to other as you would have done to you”. The second, “If you have nothing nice to say, don’t say it”. And lastly, “Cheer up kid, it could be worse”.  My favourite book series A Wrinkle in Time has a quote that goes:

“Life, with its rules, its obligations, and its freedoms, is like a sonnet: You're given the form, but you have to write the sonnet yourself.”

And this is what my Dad chose to say in his 14 lines and rhyming couplets. He told me to treat everyone I meet with respect and compassion. He showed me that there is no point in sharing with the universe anything less than your best self. And he reminded me that happiness can be found even in the darkest of times, when one only remembers to turn on the light. And the funny thing is, I don’t think he ever realized how wise he was. When we used to get into heated discussions about the seemingly more confused state of the world and how we are abusing nature and each other, he would say to me with tears in his eyes, “Kayleigh, I wish more than anything that when I die I can leave you a better world but, I can’t”. And for this reason I don’t think he ever realized that because of what he chose to say, because of what he chose to fight for, because of what he taught me, I view the world as a better place. But my Dad didn’t teach just me, he taught everyone he met by sharing his optimism, compassion and respect. He made the world better by giving his best self.

Thank you Dad, I love you.

Email ThisBlogThis!Share to TwitterShare to FacebookShare to Pinterest
Labels: Alumni

A one-way [us-to-you] list to keep you up to date on all things MHSAA.
ALL FIELDS REQUIRED 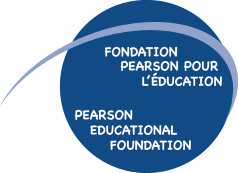